For many travelers, the glamour of a megaship is not appealing, and a river cruise is a more attractive vacation option. Before booking passage on small waterways, however, passengers should note how different these cruises are from standard cruise travel.

What is a River Cruise?

Any voyage that stays within interior waterways rather than venturing between oceanic islands is a river cruise. The rivers may be major transportation routes or simply quiet backwaters that offer visitors a glimpse of the regional culture not typically noticeable in major cruise ports. Because of their unique itineraries and navigation concerns, however, river-going vessels are far different from typical cruise ships.

Most river ships only host between 100 and 200 guests. The ships are often narrow to help them navigate slender, shallow waterways, and they are not usually equipped with stabilizers - something that passengers prone to seasickness should take note of, since the ship may need to cross turbulent waters or rough weather could make the voyage less peaceful than anticipated.

Few structured diversions are planned on river voyages other than shore excursions. Passengers can easily amuse themselves, however, by observing the passing countryside - binoculars are an essential accessory on river cruises. The atmosphere is more casual than on larger ships, and meals are often served family style. Most menus incorporate regional tastes, such as local vintages when exploring California's wine country, Cajun dishes on the lower Mississippi, or fresh fish from the Great Lakes.

Educational lectures geared toward the itinerary are the principle activities on many river voyages. Experts may include naturalists, historians, vintners, and conservationists, as well as local celebrities or authorities.

River cruises operate throughout the year in different regions, though many itineraries are seasonal. Because the ships are small, reservations should be made early to insure the best rates and cabin choices. For updated schedules, contact a travel agent, preferably one experienced with river voyages.

There are four main regions along North American rivers, each offering a range of itinerary options. Voyages vary in length from just a few nights to as long as three weeks depending on the number of ports of call. While specific itineraries may change, each region offers a myriad of rich cultural opportunities to delight passengers.

Both the lower and upper regions of the Mississippi River system - the largest in the United States - are popular cruise destinations. While cruising the mighty river or its partner, the Ohio River, passengers may witness barge flotillas that demonstrate the rivers' continuing importance to the shipping industry. Other sights include antebellum plantations complete with reconstructed slave quarters as well as the rich wildlife of the river delta and bayou and the massive agriculture of the Midwest. Major cities included on many itineraries are Baton Rouge, Louisiana; Pittsburgh, Pennsylvania; and Memphis, Tennessee. 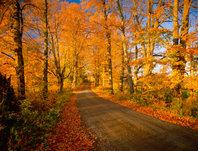 These historic rivers combine to create one of the most memorable river cruise vacations possible. Passengers trace much of the famous route of Lewis and Clark as well as settlers traveling the Oregon Trail, and many ports of call are related to those historic periods. Traversing the Columbia Gorge is one of the more dramatic moments of the voyage, as ships delve into the canyon laced with thin waterfalls and abundant wildlife. Multiple dams and locks bar the way on each river, and passengers become intimately familiar with the engineering marvels that make their voyage possible. A visit to Mt. Saint Helens is often offered, as well as tours to Hell's Canyon in Idaho - a dramatic fissure nearly 2,000 feet deeper than the Grand Canyon. 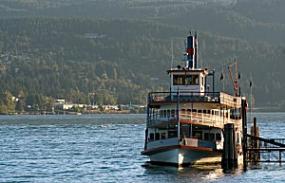 Most popular during the fall harvest season, these cruises depart from San Francisco, California and, after a dramatic passage beneath the Golden Gate Bridge, traverse both the Napa and Sonoma Valleys, the largest wine-producing areas in the United States. Passengers have the opportunity to explore different wineries complete with behind-the-scenes tours and tastings, and other shore excursions visit the famous redwood trees and other natural parks.Cruise lines that offer wine country cruises include: 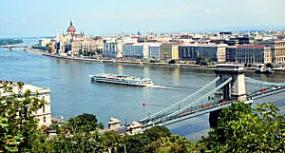 River cruise on the Danube River in Europe.

For passengers interested in an international experience, most countries offer their own river cruise vacations, whether they're along the Seine River in France, the Danube, Rhine, or Rhone Rivers of Europe, the Nile and Niger Rivers of Africa, or the Yangtze River of China. Amazon cruises are popular South American options, and other river voyages are available in Australia, Russia, and many other countries.

With historic, natural, and cultural appeal, river cruises are tempting vacation options for passengers who are unimpressed with the glitz of modern cruise ships. By stepping onto a small, nostalgic vessel it is possible to truly step back in time to the glory days of riverboat travel.