Norovirus has become notorious for tainting cruise vacations, but in reality, the odds of falling ill from this virus on a cruise ship are less than one in one hundred. Outbreaks of the virus frequently make the news, however, because they can affect hundreds of passengers on a single ship once the disease begins to spread.

With symptoms amounting to acute gastroenteritis - often referred to as the stomach flu - this virus was named after the first identified outbreak at an elementary school in northern Ohio town of Norwalk in 1968. Today, the term "norovirus" refers to a number of related Norwalk-like viruses that produce similar symptoms.

The disease is spread through contaminated foods, water, and surfaces such as door knobs, hand rails, and other public fixtures. It may incubate for less than a day or up to two full days before symptoms appear, which can make it difficult to restrict an outbreak. Because it is a virus, it cannot be effectively treated with antibiotics or anti-bacterial measures, making it particularly difficult to eliminate in a closed environment such as a cruise ship.

The classic symptoms of this ailment include:

Not every individual will exhibit every symptom, but if any signs of contagion are detected, proper measures must be taken to prevent spreading this contagious disease to others.

Depending on an individual's general level of health and fitness as well as the severity of their exposure to the virus, the illness could last from one to five days. After symptoms dissipate, recovered individuals can still spread the virus for up to two weeks, making proper sanitary measures even more crucial. In the weakened state after recovering, it is also possible to contract other ailments more easily, and healthy habits can help prevent further complications.

Norovirus may be inadvertently misdiagnosed as the stomach flu or food poisoning. To properly discern whether a person has contracted the virus, consult the ship's physician, particularly if other members of the same party are exhibiting similar symptoms. If symptoms are exceptionally severe, such as bloody vomit or diarrhea, a high fever, or prolonged illness, seek medical assistance because more serious conditions could be present.

As with most stomach ailments, the best way to treat this virus is by making the patient as comfortable as possible. Staying in bed may not be the activity you'd planned on for your vacation, but resting will help you recover more quickly. Because vomiting and diarrhea can cause dehydration, particularly in the young or elderly patients, take care to drink enough fluids.

Many cruise ships will enforce quarantine restrictions on infected passengers in an attempt to slow the spread of the virus to the rest of the ship. Passengers are required to comply with crew instructions, and failing to do so could result in fines or discharge from the vessel in extreme cases. Choosing to remain confined is not only courteous to other passengers, but it also helps the infected individual rest and recover more quickly. 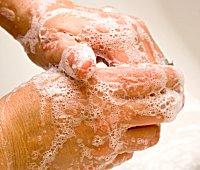 The best way to treat norovirus is to avoid getting it altogether. Despite reports that hundreds of passengers fall ill on one cruise ship, passengers need to remember that many larger cruise ships routinely host more than three thousand passengers on a single voyage, and careful precautions can help travelers avoid the disease even if there is an outbreak during their cruise.Tips for avoiding the disease:

Norovirus is a hardy infectious agent; it can withstand chlorine, temperature extremes, and prolonged exposure outside the human body. Causing nausea and other unpleasant symptoms, it affects more than 23 million Americans annually, of which less than ten percent are affected on cruise ships. But with proper precautions and knowing how to treat the disease, its affects can be avoided or minimized, keeping a cruise vacation an enjoyable getaway rather than a sick excursion.