Given its massive size, how fast does a cruise ship travel? For those built for speed, the answer is about 30+ knots. For larger ships however, it's around 21 to 24 knots, which is still rapid travel while on the water. One knot is one nautical mile per hour, or 6,076 feet per hour. Compare that to one mile per hour on land, which is 5280 feet per hour. Therefore, the average cruise ship speed is equal to approximately 24 to 27 miles per hour. 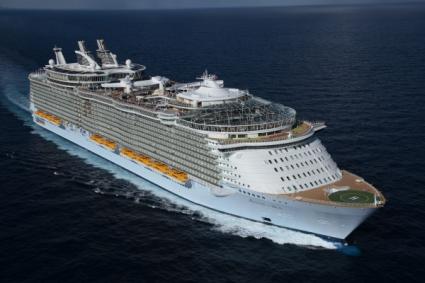 Royal Carribean Allure of the Seas

Ships are not measured by traditional ideas of weight. A cruise ship is classified by its GRT, which stands for gross registered tonnage. The largest cruise ships in service are Royal Caribbean's Oasis class of ships. This includes the Oasis and Allure of the Seas, with another ship under construction for release in 2016. These three ships each have a GRT of 225,282 with an average cruising speed of 22 knots. 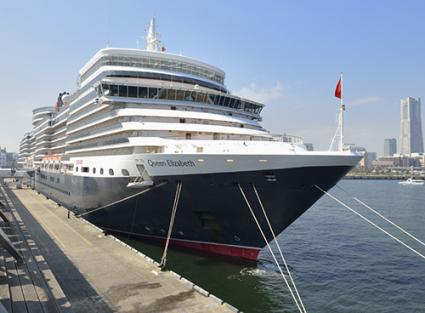 Cunard's Queen Elizabeth 2, which was launched in 1969 and retired in 2008, is a great example of a vessel that was built for speed. She was built to be the fastest passenger ship in the world and the numbers still astound: she had a service speed of 28.5 knots. They cruised at this speed using only seven of the nine total engines, allowing for maintenance of the others. Her top speed was reported to reach 32 knots.

Considering these modern average speeds, it's a wonder how fast the Queen Elizabeth 2 traveled. The ship used one gallon of fuel to propel itself a mere 50 feet. Yet by cruise ship standards, it was a rocket. A note about fuel consumption, in the world of cruise ships, mileage isn't measured in miles, but in feet. So, how far can a cruise ship travel on 12.5 gallons? For the Queen Elizabeth 2, the answer is 625 feet. Note that the ship itself measures 963 feet in length. 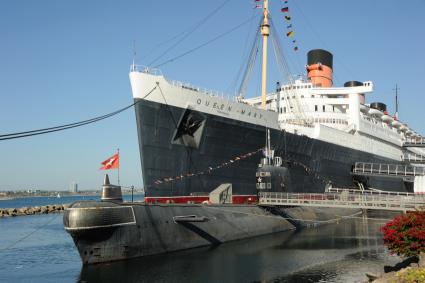 With Cunard's Queen Elizabeth 2 retired, the fastest ocean liner in the world is now the Queen Mary II. According to CNBC news, this luxury liner can reach 29 knots. As a result, she gets her passengers to their destinations much quicker than other cruise ships, which translates to a few more hours or guests to enjoy at port.

Ships typically have both a top speed and a service speed. A number of factors contribute to the average cruising speed of a vacation vessel. Individual routes are a major variable that impacts speed, and cruise ships travel at a speed that comfortably takes them to their destination and back.

While most cruise ship passengers don't give much thought to mechanical operations of the ship, knowing some basics sheds new light on the massive technology which allows these floating cities to operate. Displacement is the key to allowing something so large to travel so fast on the water.

Centuries ago, engineers figured out that a ship can remain afloat by displacing the water it's immersed in. This buoyancy can be maintained up to a point, so long as the balance between vessel and water remains intact. Multiple gas-turbine or diesel-electric engines aboard generate electricity to run the common areas and power the propulsion systems with thrusters which provide the movement. This method allows most modern cruise ships to achieve average speeds of 21 to 24 knots.