For sightseeing and discovering the quaint charm of Europe, there is no better way to travel than via European river cruises. These laid back voyages explore nearly every region of the continent and offer passengers a rare glimpse into cultures and communities unavailable along the coastal routes traveled by large cruise ships.

Europe is crossed by dozens of navigable rivers, many of which are linked to popular regions though a series of canals. Some of the most popular options include the meandering tributaries of the Loire Valley of France, and the rivers that wind their way through Austria and Hungary. There are also decadent voyages through quaint hamlets in many nations, including Belgium, Switzerland, Poland, Ukraine, and even the Siberian tundra of Russia.

The most commonly cruised rivers in Europe include:

Each region offers a variety of different river cruises to choose from, often passing through multiple countries. Interested passengers should carefully investigate which options they find most appealing before booking passage. Different regions operate seasonally based on local weather conditions, and because many river boats can only accommodate a few dozen passengers, reservations should be made well in advance.

European river cruises are far less structured than the more familiar mainstream cruise vacations in open waters. Many times, the highlight of an itinerary may be a wine tasting stop at a local vineyard, a tour of a deserted abbey, or a visit to a village marketplace. While certain cities are included on particular voyages, the real lure of these intimate voyages is their ability to move beyond the glitter of famous European cities into the true culture and heritage of the region. Shore excursions may include visiting castles or cathedrals, touring archeological ruins, or simply chatting with local residents in a tavern or café.

Walking and bus tours are also common options, although most tours involve only moderate exertions because of the generally older profile of river cruise passengers. Onboard the ship, structured activities are minimal and typically revolve around the cruising region, such as history, culture, or language lectures to prepare visitors for upcoming ports of call. 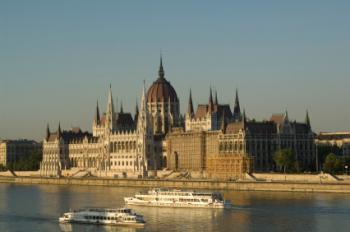 Some river cruise companies may offer similar cruises, but few, if any, will offer them as a boutique river cruise. For as low as $5,499, you will sail along the Po from the waterways of Venice to the ancient monuments of Rome with unlimited beverages, a fitness center, and the highest staff to guest ratio in the industry. When you leave the boat for shore excursions to places along the way such as Bologna and Verona, you will have free use of one of their bicycles. It's just the kind of luxury the Romans espoused all those thousands of years ago.

The Windmills and Tulips river cruise will take you on eight guided tours through the most beautiful and oldest cities in Belgium and Holland. First up is the Dutch capital of Amsterdam where you will visit two of the best museums on the world, the Van Gogh Museum and the Anne Frank Museum. You'll also tour architecture form the Dutch golden age. At the World Heritage Site in Kinderdijk, you will tour the windmills as you learn about their history and how they work. Even more history is on show at the beautiful Gothic city of Bruges where you'll find attractions like the Church of Our Old Lady with the Michelangelo sculpture of Madonna and Child inside. A round trip from Amsterdam, pricing on this cruise starts at $1,972 for 10 days.

This cruise has something for everyone. On the first few days in Bratislava and Passau, younger kids will love looking for treasures on scavenger hunts, and the older kids will appreciate shooting down man-made rapids in canoes. If you are film buffs, the entire family will enjoy walking around the locations of the famous musical film Sound of Music in Salzburg. Any history connoisseurs among you will have their thirst satisfied in Vienna, where you will be given a tour of the Grand Imperial City. Starting in Budapest and finishing in Regensburg, pricing on this cruise starts as low as $3490.

There are many differences between river boats and cruise ships, due in large part to the vast disparity between the ships' sizes. While cruise ships can accommodate thousands of passengers for a single voyage, most river boats house fewer than 200 guests at a time, and many offer passage to less than a dozen. River boats are limited by the confines of the river, and they must be able to pass under ancient low bridges and through narrow canals. For this reason, most do not offer balcony cabins, and they may seem cramped in comparison to ocean-going vessels.

Despite the small size of river boats, they still offer suitable amenities for passengers to enjoy. Ships' libraries are common features, as are saunas, exercise rooms, and whirlpools. Sun decks can get quite crowded, especially because they offer great views of the surrounding countryside, and many vessels offer open bridges to encourage camaraderie between the passengers and crew. 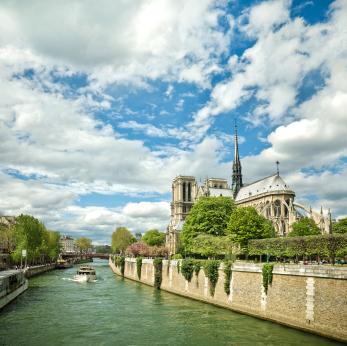 Depending on the cruise line, European river cruises may cost less than $100 per night for a no-frills, no-meals option, or upwards of $5,000 per passenger for a two-week privately charted, personalized voyage. Most fares range from $1,500-3,000 depending on the region, ship, and duration of the cruise, as well as whether airfare, gratuities, shore tours, and other items are included. Specialty voyages, such as visiting Christmas markets during the holiday season or tulip river cruises through Amsterdam in the spring, typically cost more than standard sailings.

There are dozens of cruise lines that offer European river voyages. Rather than researching only well-known operators, prospective travelers can find better deals and a wider range of options by contacting a travel agent experienced with both river cruises as well as European destinations.

Before embarking on a cruise around Europe's famous waterways, passengers should investigate which language will be spoken on board. While English is promoted by many cruise lines, German and French are also frequently spoken. Announcements may be made in multiple languages, as well. Packing a traveler's dictionary and phrase book is a wise precaution to avoid confusion and miscommunication. Even if the cruise line advertises English as a primary onboard language, keep in mind that the ship's crew may speak it, but the people you'll encounter at ports of call probably will not.

A Different Way to See Europe

European river cruises offer a wonderful opportunity explore the culture and history of this great continent. With voyages ranging from four days to longer than two weeks, there is sure to be a river cruise option to delight any interested passenger.