Cruise Your Way to Curacao

All of the following cruises stop at Curacao, and they have been chosen because they offer unique experiences for their passengers. Whether you're traveling with children, looking for a romantic getaway, or just want to have a little fun, one of these cruises could be just what you're looking for.

The Barbie Dream cruise is guaranteed to send any young girl into squeals of delight. For only $349, she will get to stay in a Barbie stateroom full of Barbie memorabilia she can take home, including a Barbie quilt and pillow cover. She'll also have the opportunity to participate in activities such as a tiara tea party and a fashion show with like-minded new friends. When she talks to her own children about the great times she had when she young, this cruise will be right at the top of her list.

The following ships sail to Curacao:

If the film Titanic is anything to go by, the wide open sea make an incredibly romantic of setting. With this wedding package, you get a pre-day wedding agent and a lovely wedding ceremony aboard the ship. this package includes, among other pleasant surprises, a cake, champagne and a photo service. Prices vary depending on which port you leave from. For more information, including other wedding and honeymoon packages, see Carnival's brochure.

The following ships sail to Curcao: 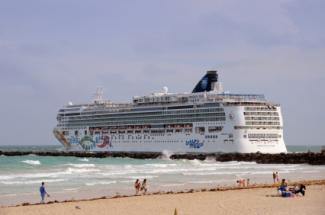 The Norwegian Cruise Liner not only has nighttime entertainment, it's entertainment of the highest quality. Their casino for example, Casinos at Sea, has won best cruise line casino ten years in a row. According to customer reviews, the on board pub crawls are legendary. With sports bars and cocktail bars a plenty, most guests claim they don't stop until sunrise. Don't worry, though. As they say on the website, your room is only an elevator ride away.

Sail to Curacao on the following ships:

You know a cruise liner genuinely welcomes kids when it lets them sail for free. MSC cruises only allows kids under the age of 12 in for free, but they offer reduced rates for children up to 17. If you have have a big family, that amounts to huge savings. In addition, as far as the kids are concerned, the MSC is not trying to seduce them with the latest TV characters. From Nintendo Wii to complimentary kids clubs, they seems to genuinely understand what kids want.

Sail to Curacao on the MSC Divina. The ship is named in honor of Sophia Loren. Like the Italian actress, the ship is sleek, stylish and lavishly attired. Holding almost 4,000 people, it has a 4D cinema and a Broadway theater. The Divinia departs from Miami, Florida, and costs a minimum of $899 for 11 nights.

Ever see one of those movies where a woman is just about to board a plane or train, and a man makes his way through the crowd and asks her to marry him in front of everyone? Princess Cruise provides a similar scenario, except the proposal will be broadcast on the Movie Under the Stars movie screen just before the main feature. A video of the event, a dinner for two, a breakfast in bed and a massage are all included in the price of $695.

Sail to Curacao on the following ships: 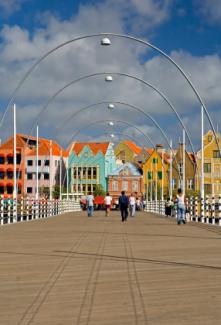 As the largest and most populous island in the Netherlands Antilles, Curacao is well-equipped to accommodate even large cruise ships at the mega-pier complex near downtown Willemstad, the island's capital. The harbor is framed by picturesque Dutch-colonial homes in bright colors, and it's spanned by the famous Queen Emma Pontoon bridge, which introduces passengers to the colorful and eclectic culture of Curacao from the moment they sail into port.

Since the pier is located an easy ten-minute walk from downtown Willemstad, and taxis are easy to hire, there are many sites that cruise passengers can visit without organized excursions. Some of Curacao's more popular attractions include: 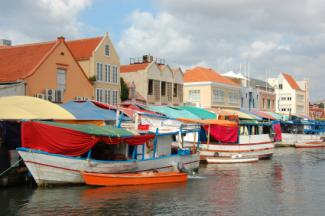 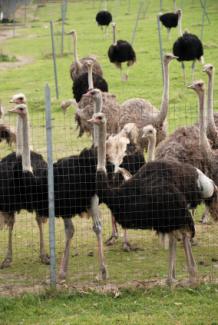 Although Curacao may seem like a tropical paradise, visitors should note that the majority of the island is an arid desert and proper precautions should be taken to avoid heatstroke, sunstroke, or sunburns. Furthermore, passengers who elect to explore distant attractions should plan on returning to Willemstad and the port early because taxi fares may increase by as much as twenty-five percent after 11 p.m.

Something to Entertain Everyone

With abundant beaches an eclectic history, and a wide variety of attractions, Curacao offers interesting activities for all cruise passengers. Whether you want to sunbathe and snorkel or explore ancient civilizations, Curacao has it all.