Short cruises to nowhere that depart from the New York area can be a fun option for tourists and locals alike, though they are available only during the fall and winter months. These sailings leave from the main cruise terminal in Manhattan, NY and sail in a two day loop, and then return to the pier. For tourists traveling to New York, one of these short cruises can make a relaxing end to the journey. For native New Yorkers, they offer an affordable escape on the high seas.

Norwegian Cruise Lines (NCL) offers cruises to nowhere leaving from New York a handful of times annually, and always during the fall and winter months.

The Norwegian Gem offers two-night cruises to nowhere from New York. These trips take place in late October or early November annually. They are a great for couples seeking to escape the harsh eastern winter and avoid the summer cruise crowds. These budget-conscious sailings make for a peaceful vacation escape right before the holidays.

Cruise Critic.com, a popular member based cruise review website, rates the Gem 4.5 out of five stars. The ship receives its highest marks for value, public rooms, cabins and entertainment. One reviewer commented on the ease of leaving out of NY and gave embarkation 5+ stars, a rarity among piers in large cities.

The ship was built in 2007, and refurbished completely in 2010. Onboard the Gem, don't miss a chance to: 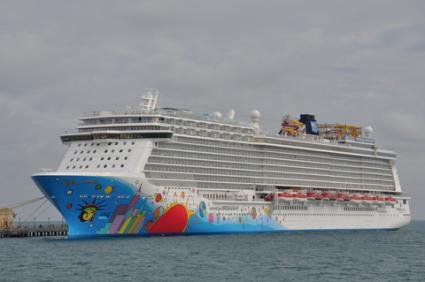 The Norwegian Breakaway also entices travelers during the winter months. During December through February the usual seven-day round trips to Bermuda are interspersed with short three-day, two night sailings. NCL debuted the Breakaway class of ships in 2013. There are three sister ships, including the Breakaway which was put into service in 2013, the Getaway in 2014 and the Escape in 2015. This class of ships is the largest to ever port in New York.

A short cruise with no port stops on the Breakaway is a rare opportunity do just that, break away and enjoy the new ship. Relax, dine and explore all the added amenities at a fraction of the cost of a longer sailing.

Royal Caribbean's Quantum of the Seas has a special sailing departing from nearby Cape Liberty, New Jersey in 2014.

Quantum of the Seas 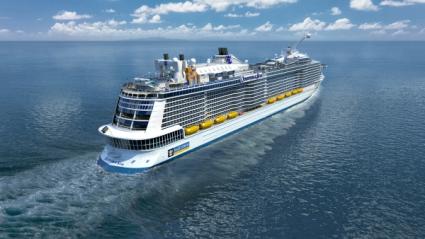 Royal Carribean Quantum of the Seas

In November of 2014, the brand new ship Quantum of the Seas is offering a three-night sampler cruise from Cape Liberty, New Jersey. This is a spectacular opportunity to see the new Quantum class ship and check the ship's layout to choose a cabin for a future sailing.

Just released in 2013, this large ship offers one-of-a-kind activities like:

This special trip is available for $849 per person with taxes and fees of an additional $98.

New York is a dense, metropolitan area which offers a wide variety of options for short vacations. One of the best reasons to take a cruise to nowhere is certainly the affordable price. Due to limited availability and low prices, advance booking is needed to secure a spot on these three-day, two-night cruises. Cruise lines releases sailings for the next two years in advance and these trips fill up quickly.