The cruise ship Saga Rose has been in operation since 1965. It will make its final, farewell voyage during the autumn months of 2009. The ship cost £16 million, the equivalent to $24,556,000, which was an incredible sum during this time period. During her lifetime on the seas, the Saga Rose logged its one-millionth nautical mile, making it an impressive, much loved and much traveled ship.

The Saga Rose was built by the United Kingdom and at the time of its first launch was operated by Cunard Cruise Line. It was originally the Norwegian American Line's Sagafjord.

The ship is popular for its stately interior features. It weighs 24,474 gross tons, is 620 feet long and has a beam of 80.1 feet with draft of 27.1 feet. It has a capacity of 584 double occupancy cruise ship cabins. It boasts a crew of 350. The cruise ship was built specifically for long distance cruising and while it has needed repairs from time to time, the condition of the boat is still very good, especially considering the age of the ship. The rooms have various themes but the traditional, stately design is mirrored throughout the ship. The ship does feature a dedicated cinema.

The ship's cruise destinations do change from time to time. The cruises are designed as senior trips, usually only for those age 50 and over. The ship sails from the United Kingdom, and nearly all of its passengers are British. It is one of the few ships sailing from the UK. This makes it a popular option for those who want to sail the seas without having to fly to another location to board a ship.

The Saga Rose will continue to operate throughout 2008 and 2009. Some of the cruises that it offers include trips around the globe. 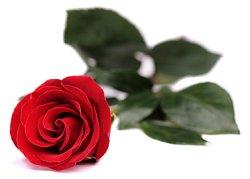 Farewell to a beloved ship.

Those who have sailed on the cruise ship Saga Rose will appreciate its beauty and charm and may want to come back for the final voyage, set to sail October of 2009. The final voyage will take the ship through the Mediterranean and will leave from Southampton. It will visit eight countries during its voyage, including the historic cities of Valletta, Malta and Casablanca, Morocco. Additional cities with stops include Venice, Barcelona, and Dubrovnik. The ship will continue to a large celebration in the city of Vigo. Finally, she will come home to the port she was built in, Toulon. There, she will remain until further plans have been made. There is some negotiation about turning the cruise ship Saga Rose into a floating hotel, though no specific plans are in place just yet.

To learn more about the Saga Rose or to book a cruise during its final voyages, visit Saga Cruises.