Piracy on the high seas is usually considered a thing of the past or a suitable movie plot, but modern piracy does exist. Cruise ship pirates attack vessels for a number of reasons, but passengers should not fear piracy because ships are well-equipped to handle such rare threats.

One of the most recent pirate attacks was in November 2005 against a Seabourn ship sailing off the coast of Somalia in eastern Africa. Two small boats toting automatic machine guns and a grenade launcher assaulted the vessel, but superb seamanship by the captain and onboard defenses helped the luxury ship escape with only minimal damage.

While this attack generated much media interest because of the sensationalist nature of pirates taking on a cruise ship, such attacks are exceedingly rare. In fact, this incident was the first recorded attack on a passenger cruise ship in over a decade.

The waters off Somalia are some of the most dangerous and most prone to cruise ship pirates. Somalia has not had a recognized government in well over a decade, and strife and turmoil have led desperate fighters to assault ships for supplies, ransom money, or other valuables. While most attacks are against cargo ships because of their lower security, more practical cargo, and the fact that they're lower in the water and easier to board, some renegades have become bolder and more ambitious at sea, bringing greater risk to passenger vessels.

Other cruise travel regions that have experienced attacks include the west African coast of Nigeria, off shore from Haiti, along the northern coast of South America, and throughout tight shipping lanes in Indonesia. Most attacks occur less than 100 miles from shore since many cruise ship pirates are operating out of small boats, and the United Nations is beginning to guard shipping lanes in more attack-prone areas.

Cruise ships have various defenses against piracy. First, they are faster than the small boats used by pirates and can easily outrun even determined attackers. Furthermore, the tremendous size of a passenger vessel makes it a more difficult target because it is not easily boarded or ransacked. Cruise ships carry a greater number of security personnel than cargo vessels, making them even less attractive to would-be pirates. As an additional precaution, since mid-2003 many ships have been equipped with long range acoustic devices (LRADs) that project non-lethal sonic pulses toward aggressive vessels. All ships have emergency plans in the event of an attack, and if such an attack should occur, passengers should listen to all crew instructions and keep away from open decks and wide windows until the situation is resolved. 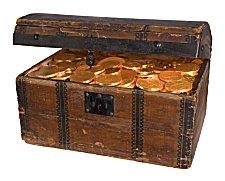 It is important to distinguish between piracy and terrorism. Basic definitions are:

Both types of attacks are highly unlikely on most cruise vacations, but there are a few easy precautions passengers can arrange to minimize risks even further.

Far more frequent than dangerous attacks are fictional portrayals of pirates for fun and entertainment aboard cruise ships. Many children's programs incorporate lively pirate activities to spark kids' enthusiasm for being on a cruise, and certain destinations, such as Nassau, offer entertaining museums dedicated to pirate legends. Even adults can get into the fun pirate spirit on a cruise by sampling different rum drinks and rum cakes in ports of call.

While modern cruise ship pirates do exist, the threat of attacks against cruise ships is extremely low. To protect themselves, passengers can choose to avoid dangerous regions, just as due vigilance is advisable with any type of travel.