The port of Baltimore, Maryland hosts cruise ships throughout the year, providing vacation options to passengers from the East Coast without the hassle of a crowded New York City departure. Royal Caribbean uses Baltimore as a jumping off point to sail to many popular vacation destinations, including the Bahamas, Bermuda and islands of the Caribbean. Shorter fall sailings stay closer to home with trips to New England and Canada on the Crystal Serenity. In the winter, Baltimore is home to luxury costal cruises hosted through Crystal Cruises and American Cruise Lines.

Grandeur of the Seas

Royal Caribbean's Grandeur of the Seas makes Baltimore its full-time home. The ship has a capacity of 1,950 passengers and includes all the dining, entertainment and pampering options expected of a four-star ship. CruiseMates.com praises the extensive upgrade the Grandeur received in 2012, including added restaurants and cabins that all have sitting areas which are "cleverly designed to make them feel larger than they actually are."

From May through October, the Grandeur of the Seas alternates between two different round-trip, seven day sailings.

From November through April the ship heads to the warm waters of the Caribbean. It alternates between two different ten-day round trips, each available with a per-person cost as low as $749.

Four times annually, in late September and early October, the Grandeur of the Seas heads north. These eight-day, round trip sailings depart on a Thursday and return the following Friday, a rarity in the industry since most cruises depart on Saturday. These sailings start a $859 per person based on a single, inside cabin for two.

The trip offer vacationers a chance to experience New England and Canada on a grand scale. The itinerary includes three days at sea with stops in Portland and Bar Harbor in Maine and the Canadian Ports of Saint John, New Brunswick and Halifax, Nova Scotia. An ocean view or better cabin is recommended for this trip, since the natural scenery is unbeatable. 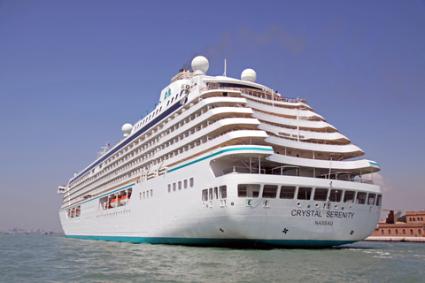 Once a year, in November, the Crystal Cruises ship Serenity departs from Baltimore for a one-way trip on its way to the warm waters of Miami, Florida. The 11 day journey includes stops in Norfolk Virginia, Charleston South Carolina, and Caribbean islands like Turks & Caicos/Grand Turk, Curaçao/Willemstad and Aruba before returning to Miami. Passengers will need to arrange return transportation from Florida once the cruise ends, since this is a one way sailing.

This luxury ship is five star rated by CruiseCritic.com. It received a complete makeover in 2013 to reflect a casual Southern California (SO-CAL ) beach chic vibe. Since the voyage is a segment from a larger world cruise, the per-person cost can be as low as $3,700 for a deluxe stateroom on deck seven.

American Cruise Lines offers three coastal sailing small ship cruises on American Glory that depart from Baltimore. These are pricey trips, ranging from $3,340 to $7,500 per person.

CruiseCritic.com, a leading cruise review website gave the ship four out of a possible five stars and praises the "Country-club atmosphere onboard".

The Port of Baltimore cruise terminal is located in South Locust Point, near Fort McHenry, a port that is nearly 300 years old. It is a short ride from Baltimore/Washington International (BWI) airport. Long term, no-reservation parking is available at the terminal for passengers for about $15 a day. Local cabs, shuttles and limousines are available from the airport to the terminal.

For public transportation options, Amtrak's east coast Acela stops at Baltimore's Penn Station, about five miles from the terminal. Baltimore is known as "charm city" due to the many activities near the waterfront areas. From well known restaurants to shopping and Orioles baseball to a children's museum, there is plenty to do here. Shuttles and water taxis are available for easy exploring.