A two-night, three-day cruise to nowhere can offer a quick vacation for a very reasonable price. Ships depart from their home port and sail in a loop to and from the same port, without any other stops. Passengers enjoy all the onboard amenities offered on a longer cruise, without the worry of port stops, tender boats, or the added cost of booking shore excursions. Major cruise lines offer these voyages in between longer trips, or when a ship has arrived at a new port for the season.

Changes to Cruises to Nowhere in the US

Unfortunately, changes to embarkation laws in 2015 meant that as of 2016, cruises to nowhere out of the US are no longer an option. Cruise ships that are registered out of the country are required to stop in a foreign port before returning to the US. Although there are no cruises to nowhere from US ports, you can still find a few options elsewhere in the world.

If you're headed to Australia on vacation, Celebrity Cruises has a two-night sampler cruise departing in October.

The Celebrity Solstice went into service in 2008, and it's an ideal ship for a cruise to nowhere as 90% of the cabins have a balcony. Concierge Class and suites enjoy butler service as well. There is still an expectation of formality at night on the ship, and specialty restaurants cost extra, something that might be a deterrent for those looking for a cheap, quick getaway. Seascanner reviewers generally love the boat, giving it an average score of over 8 out of 10 (excellent). 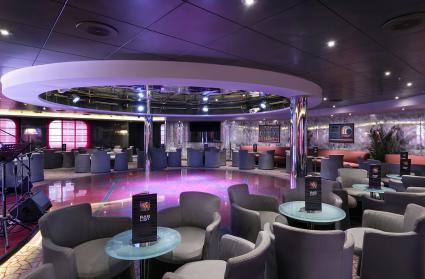 The Sinfonia went into service in 2005, but was refurbished in 2015. Reviews are rather mixed, even post refurbishment. The biggest complaints recently on Cruise Critic seem to center around lackluster dining options. Especially if you're on a "cruise to nowhere," having quality food is important since you literally can't eat anywhere else but on the ship.

On the flip side, some people don't mind the food quality, as they prefer the nightlife on the MSC Sinfonia. Nine bars and lounges keep adult passengers busy at night, while the new, age-specific kids club keeps the young ones active throughout the day.

For a five-star, exotic cruise option, the MSC Sinfonia departs several times a year from both Cape Town and Durban in South Africa. This two-night, three-day trip offers a more classic cruise experience. Think grand spaces, open floor plans, marble, and handmade Italian ice cream. This would be a highly relaxing end to a wine tasting trip to Cape Town.

Royal Caribbean Cruises is getting into the mix by offering cruises to nowhere in popular destinations like Hong Kong and Sydney.

Hong Kong and Sydney, Australia: RCL Voyager of the Seas 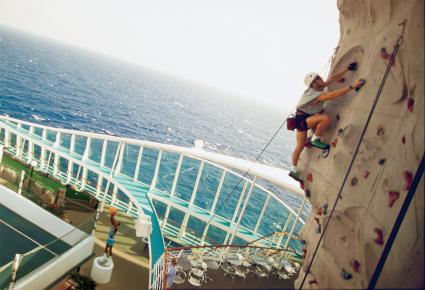 Voyager of the Seas climbing wall

Voyager of the Seas offers several two-night sampler cruises out of both Hong Kong and Sydney, depending on the time of year. Built in 1999, the Voyager of the Seas was refurbished in 2014 and primarily spends its time in Asia and the South Pacific. You'll never get bored on this massive ship, with 15 decks and 10 pools, along with 14 bars and clubs. You can even go ice skating and play miniature golf, in addition to rock climbing, which is standard on RCL's Voyager class ships.

Cruise Critic's editor gave the Voyager of the Seas 4.5 stars, and especially loves that inside cabins have "virtual balconies," offering ocean views where there are none. On the downside, the reviewer noted that there was no consistency in the dining room and buffet-it ranged from poor to great.

Hong Kong: Ovation of the Seas 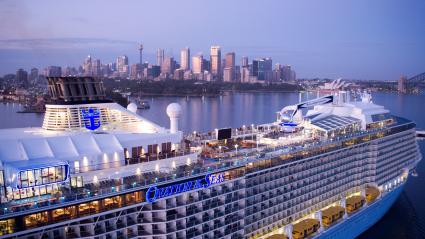 Ovation of the Seas

There are 18 restaurants, and activities include a skydiving simulator, bumper cars, a sky-high observation deck, and even the Bionic Bar, where bartending "robots" will mix up your favorite cocktail. Don't miss the DreamWorks Experience, with your favorite characters from Madagascar, Kung Fu Panda, Shrek, and more. You'll find DreamWorks movies, shows, character breakfasts, and more.

Overall, reviewers are pretty excited by the gigantic Ovation of the Seas. They love the new ship and all its unique features, but some people note the common areas are crowded and lines are long-not entirely surprising given the ship can hold over 4,000 passengers.

Cruising With No Particular Destination

These short cruises are a popular option to relax, have fun, enjoy being at sea, and take part in onboard dining and activities. Your destination is the ship - there is no other port on the schedule. These days, new ships offer these short trips to explore the grandeur of the vessels, in the hope this will draw passengers back for longer sailings. If you're traveling internationally, these can be a great deal and let you add a few days on to your trip, often for less than the cost of two nights in a hotel. Whatever your style, the cruise to nowhere makes an ideal, affordable getaway to relax, recharge and reconnect.