Are you considering booking a river cruise? Two of the biggest names in the river cruise industry are Viking River Cruises and AmaWaterways. Both share a number of similarities, so it really comes down to personal choice on which cruise line is better for you.

Viking Cruises started with a fleet of four ships from Russia and has expanded to operating a fleet of more than 60 vessels on three continents. They've also expanded into ocean cruises as well. AmaWaterways operates 17 vessels in Europe, one in Asia, and one in Africa. Most AmaWaterways ships average between 158 to 164 passengers. Viking River Cruises typically host 190 passengers.

Both lines offer a variety of amenities that are standard between ships. According to Wendy Perrin, one of the most noted travel experts in the industry, some of these similarities include:

Viking ships all feature elevators whereas AmaWaterways only has elevators on the Europe ships.

Outdoor space is more plentiful on Viking ships because they don't have pools or bicycle storage on board. However, the heated swimming pools and swim-up bars are quite popular on AmaWaterways.

Europe is the primary base for most of the ships from both companies, but there are some itineraries that include more far-flung river destinations.

Within Europe, Viking offers cruises to a number of different countries, including France, Luxembourg, Germany, Switzerland, Austria, Romania and Portugal. Other destinations include countries in Asia like China, Myanmar, Thailand, Vietnam, and Cambodia. Ukraine, Russia, and Egypt are also scheduled countries for Viking River Cruises.

One bonus that Viking River Cruises has over AmaWaterways is the ability to combine both river and ocean itineraries since they operate both types of ships now. Combination river and ocean cruises are available that take you to other European countries like Spain, Denmark, and Norway. 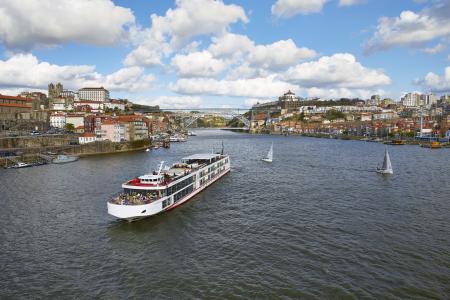 AmaWaterways services the same European countries as Viking River Cruises. If Africa is of interest to you, AmaWaterways offers more itineraries to countries like Botswana, South Africa, Zimbabwe, and Tanzania, whereas Viking only has cruises on the Nile in Egypt. Asian countries serviced by AmaWaterways include only Cambodia and Vietnam.

If you're looking for some of Viking's themed itineraries, consider a few of these: 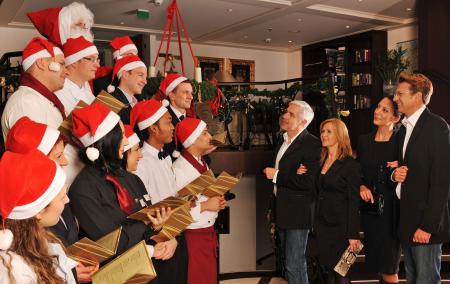 They also have a series of "With a Latin Touch" river cruises that offer guests the opportunity to take one excursion per day led by a Spanish-speaking guide. The Cruise Manager is fluent in both English and Spanish with onboard menus translated into Spanish, and more.

Travelers looking for wellness cruises will also find a selection of itineraries in AmaWaterways. Their wellness cruises combine the leisure of river cruising with an onboard wellness host, featuring exercise classes, yoga, circuit training, and onboard lectures. Healthy eating options using locally sourced ingredients are also a focus. All ships are equipped with a fleet of bicycles, a fitness room, massage services, whirlpool or swimming pool, and a walking track. This is one advantage over Viking whose ships typically don't have all these amenities.

Staterooms on both lines are relatively similar, but the decor differs. AmaWaterways tends to have bigger-sized staterooms given they accommodate fewer passengers on board than Viking's vessels.

Standard stateroom features include complimentary bottled water and toiletries, a color TV, a satellite phone (charges placed on shipboard accounts), a small refrigerator, and a safe. Most rooms have hair dryers as well. If your stateroom doesn't, you can request one through the Reception Desk. A nice perk on Viking ships, especially in the chilly winter months, is heated bathroom floors. 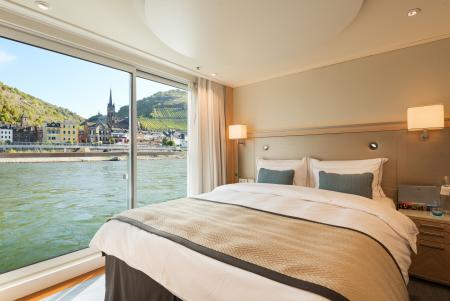 When cruising through Europe, you can expect standard features like hair dryers and an in-room safe. Bathrooms come with spa-quality toiletries and your cabin will have a telephone which you can use to call between statements or to the shore.

AmaWaterways also has an infotainment system consisting of a computer in your stateroom with high-speed Internet access, plus Wi-Fi. Enjoy live television on your flat-panel TV and access the on-demand movie system for both new Hollywood releases and classic films. 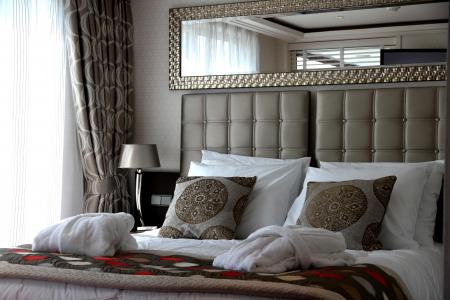 Choosing one line over the other may come down to your travel group size. AmaWaterways has some cabins that are perfect for solo travelers while several others feature cabins with both a king-sized bed and a chair that converts into a twin bed. Viking may offer single specials from time to time, but it is primarily geared more for adult travelers. More families tend to choose AmaWaterways.

Both lines include all meals on board.

On Viking, meals are served in the ship's restaurants, but you may opt for breakfast or lunch in the Lounge, or take a plate to the Sun Deck. Hot coffee and tea from the coffee station, as well as bottled water, are complimentary. Soft drinks, wine, and beer are complimentary during lunch and dinner, and a charge will apply outside of meal times. Viking allows you to bring outside wine on board and it can be consumed without any corkage fee. Viking offers the Silver Spirits drink package for those interested in purchasing more beverage options.

AmaWaterways offers a lot of options for those with dietary restrictions and allergies. One bonus with Viking is the ability to skip the dining room in favor of buffet dining at lunch, while at night you can dine on a set menu at the terrace, every night of your cruise if you want, and you don't have to dress up or eat at a set time. 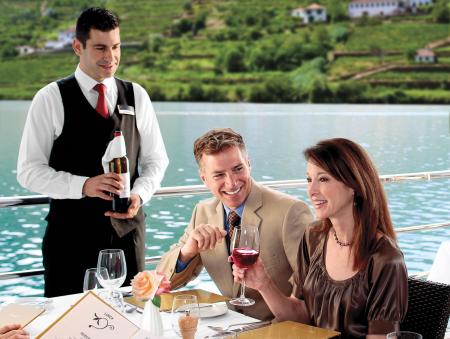 With most river cruise companies, a sightseeing tour is included in each city or town, along with free time to explore the city based on your own interests. There may be some specialty tours and excursions that require an extra cost. Of course, you are free to plan your own tours privately as well. In some cases, ships may only tie up for a few hours, and ports may change based on water levels.

While active options are being added to both lines, AmaWaterways tends to feature more active time in each port, whereas Viking offers more unique and off-the-beaten-path options. You will want to study each list of excursions carefully.

There are some important details to note on both cruise lines.

AmaWaterways only offers 220V with 2-pin power outlets on board. You'll need an adapter and/or converter depending on which electrical devices you plan to bring onboard. Viking Longships have both 110V and 220V electrical outlets while other European ships have 220V electricity with 2-pin outlets. China has 3-pin blade safety plug outlets, while Southeast Asia uses the 2-pin Euro plug. Some are grounded while others are not, and staterooms have one or two 115V razor plugs.

Neither line allows smoking in the ship interiors, staterooms, or verandas. Each ship typically has a designed outdoor smoking area, generally somewhere on the Sun Deck.

On Viking, the dress code is casual, which includes shorts during the warmer months, while jeans and trousers and comfortable shoes are recommended for tours. There are no formal nights on board, and the evening dress code is "elegant casual," with dresses, skirts, or slacks with a sweater or blouse for women; and trousers and a collared shirt for men. Ties and jackets are optional. Dress code on AmaWaterways recommends country club casual for dinner, and there is a Captain's Dinner where people tend to dress up more.

Both lines feature all English on board, but as already noted, AmaWaterways features a number of Latin themed itineraries that feature Spanish menus, a Spanish speaking cruise manager, and one excursion per day in Spanish.

Neither line includes tips and gratuities in their pricing. With Viking, you can choose to tip in cash or charge your tips to the credit card at the end of your stay, except for trips to Egypt, Southeast Asia, and Portugal. Both lines offer suggested tip guidelines per day based on the region you're traveling in their respective FAQ sections online.

Both cruise lines are similarly priced, however the deposit structure varies slightly. According to Cruise Critic, Viking requires a $500 nonrefundable deposit with final payment due 90 days prior to the cruise date. AmaWaterways requires a $400 deposit ($2,400 on Africa cruises), but $200 is refunded ($1,200 on Africa sailings) if you cancel outside of 121 days. Final payment is also due 90 days before the cruise.

A Vacation of a Lifetime

With similar ports, options, and amenities, choosing a river cruise can be a difficult decision. It may come down to itinerary dates, destinations serviced, shore excursions, the ability to combine river and ocean cruising in one package, and pricing. No matter which award-winning river cruise line you choose, it will be an unforgettable vacation through some of the world's most scenic rivers.