Alaska is a popular travel destination, and it's one that is often explored via a cruise. Since many lines offer competing Alaska cruises, offering options that include airfare is one way to help cruise lines set themselves apart.

AlaskaCruises.com from iCruise.com has all-inclusive Alaska cruise packages that include air, hotel, cruise, and more. Cruises take place on Regent Seven Seas Cruises and start at $4,799 per person. For that price, you can expect:

If you book Concierge Suites and higher, you get additional benefits like pre- or post- cruise land program on select voyages, priority online shore excursion reservations, 15 minutes of free ship-to-shore phone time, and discounts on select purchases. Penthouse Suites and higher enjoy Concierge-Level amenities, plus an iPad and iPhone docking station, butler service, and choice of L'Occitane or Hermes soaps, shampoos, and lotions.

Examples of the Alaska cruises that fall under the special package include: 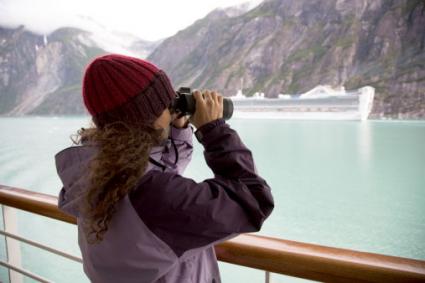 Ponant Cruises is a French cruise ship operator founded in 1998. Ponant has five small cruise ships operating under the French flag. Their cruises operate all around the world, including some itineraries in Alaska. These ultra-luxurious cruises also include airfare in some cases: generally domestic flights, but also some long haul international options.

The Northwest Passage is a 23-day/22-night cruise departing from Kangerlussuaq, Greenland and arriving in Nome, Alaska. It includes flights from Paris to Kangerlussuaq and Nome to Seattle (economy class). Several ports include:

This is a luxury expedition cruise that goes off the beaten path and visits ports most other cruise lines can't. One thing to note with Ponant cruises is that due to the remote nature and length of time at sea, you need to provide a medical certificate from your doctor no more than 45 days prior to departure, as well as a completed medical questionnaire. 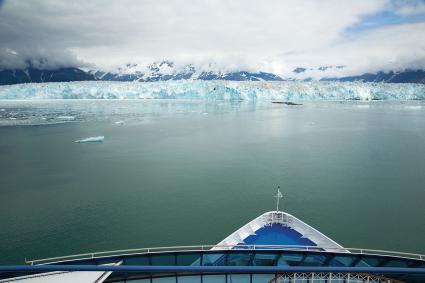 Oceania Cruises offers several Alaska itineraries, including the Great Northwest, which is an 11-day voyage departing San Francisco and ending in Vancouver. Like other Alaska cruises, these stop in popular places like Ketchikan and Juneau, while cruising through the Inside Passage and Hubbard Glacier.

With the OLife Fare class, you get additional benefits depending on cabin class. Free internet is provided on one device per stateroom, while Owner's, Vista and Oceania Suites receive access for two devices per suite. Some shore excursions are available, and voyages of this length get six free shore excursions.

In some cases, you won't find bundled cruises and airfare packages like the aforementioned examples, but some cruise lines offer the ability to book your airfare in conjunction with your cruise. This is often at a discounted rate and can be bundled in one payment with the cruise line directly. Most require you call an 800 number to book your airfare, but Princess Cruises lets you compare airfare online when you're deciding on specific cruises. 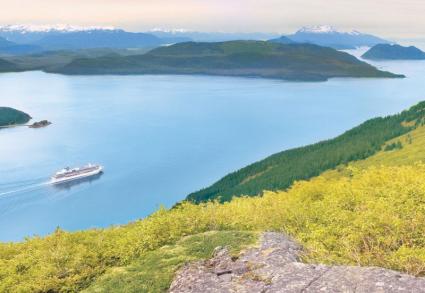 Some examples of pricing, including adding on airfare with Princess EZair flights, are:

2018 is an ideal time to choose Princess Cruises for your Alaska cruise as they are really ramping up their offerings. They will have 130 cruise departures, with more than 75% sailing to Glacier Bay National Park. There are also over 22 cruisetour options that give travelers the option to visit the interior of Alaska. There is a full season of visits to Icy Strait Point, which are included on all seven-day northbound Voyage of the Glaciers itineraries.

Pros and Cons of Cruise Packages

There are lengthy discussions on sites like Cruise Critic about the pros and cons of booking air/sea packages. In some cases, you don't fly with major carriers, and benefits and customer service can be minimal. You also give up flexibility in some cases as the cruise line/airline chooses the route, which could mean connecting through two to three cities rather than a direct flight or flights with only one layover. The other risk is if you are booking close to the cruise departure time, you may not have an actual assigned seat and find yourself bumped off the plane in favor of a paying customer who booked earlier.

If you have decided an Alaska cruise air and sea package is right for you, it's important to compare each option carefully, price the airfare on your own, and talk to your travel agent to make sure you're getting the best deal and verify the most current pricing.