When travelers think about European cruise options, ports in the western Mediterranean or along the Scandinavian coastlines are typically the most popular. If you're looking for an itinerary that is more off the beaten path, yet still combines stunning landscapes with rich history, consider booking an Adriatic Sea cruise.

The Adriatic Sea separates the eastern coast of Italy from the Balkan Peninsula, which includes countries like Croatia, Albania, Slovenia, Montenegro and Bosnia-Herzegovina. In total, there are approximately 1,300 islands and islets that lie in the Adriatic Sea. Many Adriatic Sea cruises depart from cities like Venice or Dubrovnik. Other popular ports include: 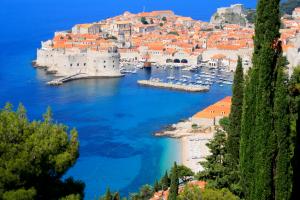 A variety of cruises within the Adriatic Sea are available, including itineraries that focus solely on the region as well as those that may include stops in the western Mediterranean or the Greek Islands. Itineraries range from affordable, three or four day cruises on a simple, no-frills ship all the way up to 20-plus opulent nights on a luxury-suites-only cruise ship.

Fancy a small cruise where you can island hop where large cruise ships can't venture? Or, how about a transatlantic crossing that includes both the Western Mediterranean and the Adriatic? There are Adriatic Sea cruises for nearly every budget and wish-list. If you're hoping to hit as many ports as possible on your cruise, consider an itinerary that starts in one port and ends in another as these tend to cover more destinations.

All cruises detailed below are priced per person, double occupancy, unless otherwise specified.

For the ultimate Mediterranean experience, choose a MSC Cruises itinerary that includes the Adriatic coast of Italy and heads on to Greece, Romania, Turkey, and Russia. On this 14-day adventure, you'll make a round-trip, embarking and disembarking in Venice with stops in Italy (Bari), Greece (Piraeus, Mykonos, Santorini, and Cefalonia), Romania (Constanta), Croatia (Dubrovnik), Turkey (Istanbul), and Russia (Sochi). 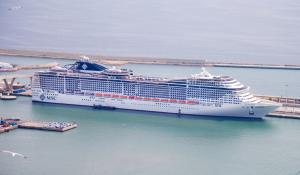 Pricing on MSC Cruises might seem a bit confusing; but, if you read up on the fare categories and differences, you should be able to choose the option that's best suited for your travel style. One example is to choose an inside cabin and then pick from Bella or Fantastica experience. Bella is the basic fare class whereas Fantastica offers you extra benefits, like upper deck cabins, ability to change your booking details, 24-hour room service, priority choice of dining times, and more.

Sample Pricing: Interior pricing starts at $1,999 USD and balcony accommodations begin at $3,109 for this 14-night cruise. 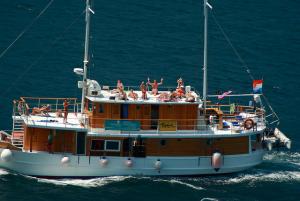 Katarina Line is based in Croatia and offers small cruises out of ports like Dubrovnik, Split, and Opatija. Consider one of the island-hopping adventures in the Kvarner region that takes you to spots like Krk, Rab, Zadar, Lošinj, and more. These are beautifully-crafted small ships (think 30 passengers) and offer basic amenities. If you are looking for a five star luxury cruise, this isn't it. However, if you're looking for an unforgettable experience on some of Croatia's best small islands, you can't go wrong with Katarina.

Sample Pricing: Seven-night itinerary under-deck cabins start at 325 Euros for end-of-season and are priced up to 900 Euros for the A+ category during July and August. These prices include breakfast and a three-course lunch.

Grand Circle Cruise Line specializes in small ship cruise tours and, for 2015, they are adding a number of perks. Port charges and gratuities to local guides and drivers are included, and complimentary beer, wine, and soft drinks are now offered with lunch and dinner in the ship's dining room.

Sample Pricing: This 14-day cruise starts at $1,995 USD per person with no single-supplement charge. 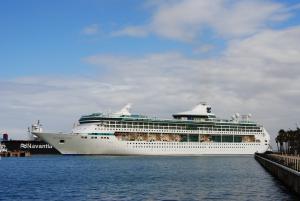 Splendor of the Seas

Adriatic cruises on Royal Caribbean are on Splendor of the Seas, which holds over 1,800 passengers. It's a big ship with a rock-climbing wall, adults-only Solarium, and an 18-hole miniature golf course. Reviews on Cruise Critic show more than 80% of travelers giving the Splendor of the Seas a favorable review, so this is a good option for travelers who prefer larger ships. 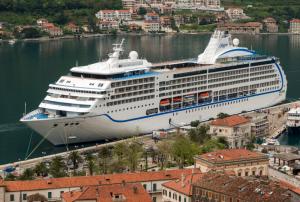 For a truly unforgettable cruise, look at 20-plus night options like the Grand Atlantic. Transatlantic crossing cruises offer a huge array of ports and can often be less expensive, given the cruise line is moving the ship for the season. The Grand Atlantic is a 28-night cruise that starts in Rio De Janeiro, Brazil and ends in Venice, Italy. Other stops along the Adriatic include Montenegro and Croatia.

If you're after a National Geographic type adventure, consider a one-of-a-kind cruise with Lindblad Expeditions. Lindblad actually has a partnership with National Geographic, and guests have access to underwater observation and research tools. Look for a well-versed team of cultural experts, historians, and naturalists. Lindblad ships have a casual environment, so you can leave the suit and tuxedo at home. 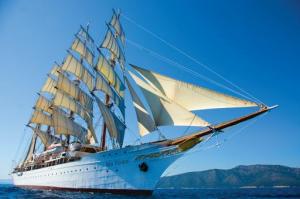 Adriatic sea itineraries are not plentiful, but there is one option that offers in-depth exploration of the Adriatic coast and down into Greece. Depart from Athens, stop in Olympia and Ithaca, and then explore multiple ports in Albania - Sarandë, Butrint, and Tirana. From there, you'll visit Montenegro and Dubrovnik, Korcula, and Hvar in Croatia.

SeaDream Yacht Club operates under the motto of "It's yachting, not cruising." This is a good option for passengers who want many of the perks found on bigger ships without the 2,000 other passengers. The one-to-one crew-to-guest ratio ensures personalized service, while a casino, fitness center and spa keep you busy on board.

One of the highlights of SeaDream is its unstructured sailing - you may luck out and hit an unscheduled port for a local market or stay longer in another to take advantage of the ship's water sports marina. Tours are led by officers and staff, so you get a completely difference experience here.

For the Adriatic Sea, SeaDream offers a Croatia-based itinerary that starts in Dubrovnik and visits Mljet, Hvar, Split, Sibenik, Rab, Opatija, and Rovinj. Finish off the last night in Venice, Italy.

Sample Pricing: A seven-night cruise starts at $8,900 USD for an ocean view room. 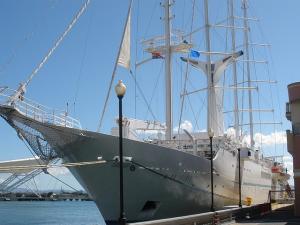 Windstar Cruises give you the tall-ship experience with motor-sail yachts that are designed to visit small parts and hidden harbors. The casual, laid-back atmosphere is one of the reasons people love Windstar. Windstar Cruises' Adriatic cruise includes stops in Montenegro (Kotor), Croatia (Dubrovnik, Split, and Rovinj), and Italy (Venice). Other ports include Civitavecchia, Capri, and Messina in Italy.

These eight cruises are just a sample of the various Adriatic Sea Cruises available. Other notable cruise lines like Norwegian, Celebrity, Princess, and Holland America have Mediterranean itineraries that also include stops along the Adriatic.

If you're after top of the line luxury and/or an all-inclusive experience, Cunard, Azamara Club Cruises, and Silversea stop in various Adriatic ports of calls. Specialty cruises like an adults-only ship are available on P&O Cruises, while Voyages to Antiquity and Swan Hellenic both offer culture-centric cruises.