With the sun always shining from its blue skies and reflecting off the clear surface of it seas and the colorful rooftops of its colonial style buildings, the Caribbean is one of the world's most popular cruise options. Add to this scene a bevy of themed cruises and, when you are not lapping up the sun on a white sandy beach, you will be celebrating your very existence aboard a luxury cruise liner.

Selecting a themed music cruise is a great way to ensure that onboard entertainment is sure to be to your liking.

Country Cruising welcomes country music lovers aboard the Norwegian Pearl for a seven-day country music themed cruise. As you cut through the waves you will have the chance to listen to what Cruise Critic says are some of the "biggest names in country music" such as Neil McCoy, Love and Theft and Wynona (in total there are 27 musicians aboard). If you are budding musician yourself you can take part in a songwriting workshops or jam with one of your heroes. As an added bonus you will also get to visit the islands Ocho Rios, Georgetown, Grand Cayman and Cozumel. With 16 dining options and a bowling alley among the attractions aboard the Pearl, the starting price of $979 feels quite a bargain. "Is Norwegian Pearl perfect?" asks Cruise Critic. "No, but our quibbles are so minor they hardly matter." 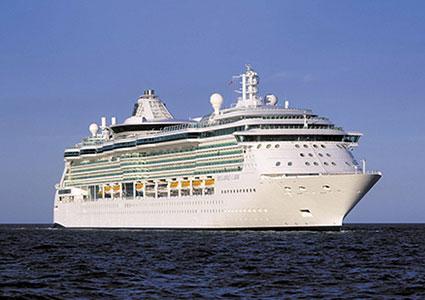 Wine, Dine and Music Cruise on the Brilliance of the Seas®

One satisfied customer stated that the Wine, Dine and Music Cruise was so good that "The hubby, a reluctant cruiser, beat a path to the ship's on board sign-up for sign up for the next cruise. "Certainly there is a lot to get excited about. There is food from the international chef John Ash, wine seminars and tastings from a variety of experts and music from such legends of soft rock as Kenny Loggins and Don Felder. Costing $999 for a round trip from Tampa, this seven-day cruise visits Grand Cayman and Costa Maya.

While most cruises provide opportunities for dancing, this option is ideal for true enthusiasts.

Dancing with the Stars

With the Dancing with the Stars at Sea cruise to either the eastern or western Caribbean, you get to compete in a competition similar to the well-known TV show aboard the Holland America Line's Niew Amsterdam ship. Like the TV version, the onboard competition is a slow, but exciting process. You will take part in complimentary dance classes with a professional dancer before competing. The winner from each cruise is invited to compete on the Champion cruise to find the Dancing with the Stars at Sea champion. Costing from $799, both cruise western and eastern Caribbean cruises are a seven-day round trip from Fort Lauderdale. "While some cruise lines are testing the waters with wow-factor rides and showy slides on their newest ships, Holland America is sticking to its traditional, successful style," according to Cruise Critic. "Niew Amsterdam is a warm, comfortable and friendly ship that speaks to Holland America's steady but subtle climb in style."

Combining cruising with golf in tropical destinations can be a dream come true for golfing enthusiasts.

These seven day golf vacations - one to the western Caribbean and one to the eastern Caribbean - take place aboard the the highly-rated Royal Caribbean Grandeur and Enchantment of the Seas ships (both rated 4 out of 5 on Cruise Critic). The cost starts at $1,200 for seven nights on either ship. The ships are similar to each other, both having eight bars and six pools. The biggest difference, in terms of this vacation, is the golf courses they take you on. The Grandeur tour will take you to the Cerromar Beach Course in San Juan and the Mahogany Run Golf Course at St. Thomas. Enchantment of the Seas takes you to the Runaway Bay course in Jamaica and the The Links at SafeHaven in Grand Cayman.

With this luxury golf vacation package from Golf Ahoy, you won't set sail straight away, but will start your vacation spending three days in Miami, sleeping in luxurious accommodations and playing at the Trump National Doral golf course during the day. After you have finally packed up your clubs a chauffeur-driven car will drive you to your ship where you'll walk straight to your balcony stateroom, the most expensive accommodations on the vessel. This floating apartment will be your home for the next seven nights as you sail to the Western Caribbean Islands of Cozumel, Jamaica and Cayman Islands, taking in a round of golf at each one. Your chauffeur will be waiting for you again in Miami to drive you to the airport. This unique golf vacation getaway is priced from $4,225. One customer said: " The Celebrity ECLIPSE is a beautiful ship, we loved every day. Our pre-cruise stay at the EPIC Hotel in Miami was wonderful too."

If you want to have a chance to take in as much as possible at every port, a sightseeing-oriented cruise can make a terrific vacation. 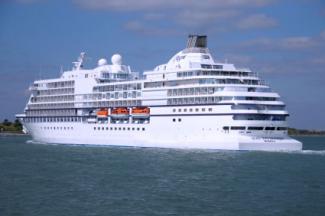 Regent Seven Seas Cruises is an ideal option for those who want maximum sightseeing. That's because each cruise incudes unlimited shore excursions in every port at no additional charge. For example, 30 shore excursions on the islands of Costa Maya, St. Thomas, de Castilla, Belize and Cozumel are included in the price of their seven-day western Caribbean cruise. Prices for the Miami-based cruise start from $2, 879 for seven nights. As the Seven Seas Navigator holds only 490 guests, the ship actually has the feel of a group tour. "On a small ship," said one reviewer, "you get to know people and we have met some very good friends; something we have not done on the larger ships."

It's not impossible to find cruises that have options that appeal to every member of the family, from young children through senior citizens.

Norwegian Cruise Line offers what they call freestyle cruises that attempt to provide something for everyone. For adults there are adults-only areas and the usual array of casinos, bars and night clubs. For families there are shows like the Blue Man Group and a range of activities and sports. Children are provided for with a Nickelodeon theme club that includes characters like SpongeBob Square Pants. The cruises go to the southern, eastern and western Caribbean for between five and 27 days, leaving from Tampa, Boston, New Orleans and Miami. Five-day cruises start from $329 per person. "Our 16 year old went to the teen meet-and-greet the first night and met ten friends," said one satisfied reviewer. "They hung out every night and did not do the teen club, but it is a great way to meet people the first night." 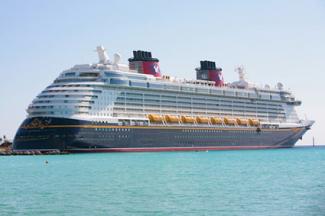 As you can imagine, Disney has a head start when it comes to family-themed cruises. As soon as you enter the ship the tone is lightened by Little Mermaid statues and the expected Mickey Mouse symbols. For the rest of the voyage, your kids can take advantage of the discos and arts and craft activities in the Oceaneer Club - a youth club made to look like the inside of Captain Hook's ship - and the Oceaneer Lab - an educational science lab with a Toy Story theme. "Everyone enjoyed the cruise and we would suggest the trip for other families," said one reviewer. One trip includes the whole of the Caribbean (the ABC Islands, Cozumel, Belize and Costa Maya) and is priced from $1579 for 23 days.

There are a number of cruising options that cater specifically to gay and lesbian travelers.

Olivia runs cruises for gay women. Starting from $1299 you can spend seven nights visiting the eastern Caribbean islands of Grand Turk, San Juan, St. Thomas and Half Moon Cay. On board the MS Westerdam you can enjoy interactive gourmet cooking at the culinary arts center and comedians such as the Emmy award winning actress Judy Gold. As well as the usual dining and entertainment options, the ship also has a series of galleries dedicated to both contemporary and classic art from the Dutch Golden Age. Cruise Critic Editor-in-Chief Caroline Spencer Brown states "Westerdam very deftly balances its commitment to honoring cruise traditions with adding just enough contemporary amenities to keep things fresh." 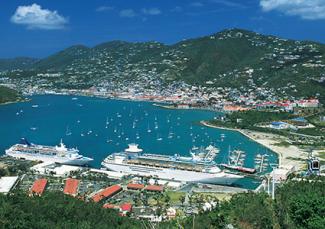 If your focus is more on the areas of the Caribbean you will visit rather than on specific types of cruises, consider selecting a voyage based on ports-of-call and sailing area.

A trip to the Eastern Caribbean is not complete without visiting the island destinations of St. Thomas and St. Maarten. Once home to pirates, St. Thomas, one of the US Virgin Islands, has run them all out by adding a collection of duty free designer shops to its already vibrant capital, Charlotte Amalie. On the outskirts of the island you can find out about the area'[s vast and varied marine life at the Coral World Ocean Park. St. Maarten has two sides; a Dutch side, of which the capital is Philipsburg, and a French side, of which the capital is Marigot. Though both sides are excellent for shopping many will tell you, with its range of Casinos, the Dutch side just pips the French side for nightlife. Princess Caribbean offers a seven-day cruise to popular Eastern Caribbean ports that leaves from Fort Lauderdale.

The Southern Caribbean is famous for its ABC islands. All owned by the Dutch they are Aruba, Bonaire and Curacao. Aruba is worth visiting just for its colorful capital, Oranjestad, whose sherbet rooftops remembers the Dutch Golden Age, but the island also contains a national park called Arikok Park, that covers one fifth of its area. Here you can view sea life and other animals and explore the island's caves. Bonnaire has a national park that shows off thousands of its flamingos. Willemstad, the capital of Curacao, is a UNESCO World Heritage Site and addition to the Dutch architecture you can view Jewish colonial mansions. Each of the islands are excellent for shopping and such activities as scuba diving. Holland America Line offers a ten-day cruise to popular Southern Caribbean ports that leaves from Fort Lauderdale.

The most popular islands in the Western Caribbean are the Cayman Islands, which consist of the Grand Cayman, Little Cayman and Cayman Bar. The Grand Cayman, as you would expect, is where you will find all of this archipelago's gourmet restaurants and up market bars. All of three islands, however, provide world class diving facilities. Little Cayman's population for example may only consist of 150 people, but its Bloody Boy Wall is one of the best diving walls in world. Other destination include Cozumel where you can visit Mayan ruins at Tulum. Disney cruises offers seven-day cruises to popular Western Caribbean ports that leave from Port Canaveral.

From the wild and wacky to Bohemian style relaxation, there are a range of other Caribbean cruises to choose from. For example, If you want to take a cruise free of the usual young families, P & O Cruises (a British company) offers adults-only cruises to the Caribbean aboard the Arcadia. If you want to avoid wearing clothes you can book a place on a ship with Bare Necessities Tour and Travel. An even more unique idea is a Star Trek cruise. No matter what you enjoy, there is sure to be an option that appeal to you.

Always Keep an Eye for Offers

Unlike cruise companies - many of which have been around for decades - special-interest cruises, such as the ones above tend to come and go. The dance cruise for example will probably only last as long as the television program that inspired it is still popular. No doubt it will be replaced by the next fashionable concept. If you're not ready to schedule a Caribbean cruise right now, even more options are likely to become available in the future. Keep your eye out for even more interesting opportunities to be introduced, and at some point you are bound to find the Caribbean cruise that fits you perfectly.